Our business was founded in 2001 by Jacek Kalich and his wife Weronika. His love for beautiful hand-painted functional ceramics has produced an impressive array of ceramic objects. As the business grew and the products received a positive reception, the head office was moved to Bolesławiec. In 2014, a modern workshop was set up where production reached over 600 forms of ceramics products.

The ceramics we create are based on over 700 years of pottery tradition. Elaborately decorated ornaments are available in a multitude of designs, colours, and forms. What led to the high popularity of the brand in Poland and abroad was the many types of styles that were available to choose from as well as the high quality of items. Our products are exported to many countries. The distributors that work with us praise our expertise and the high quality of ceramic products. 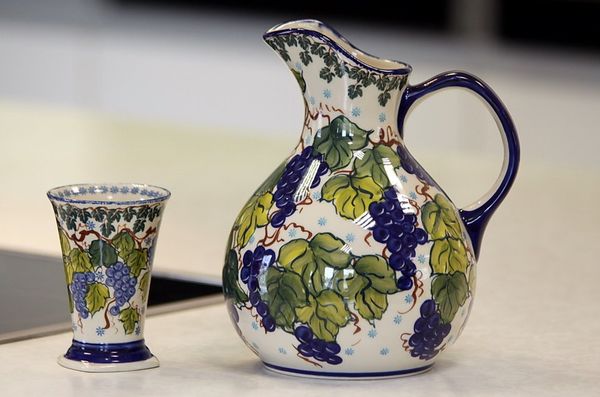 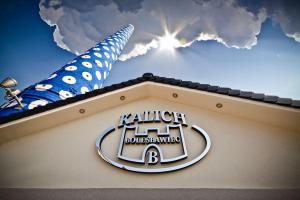 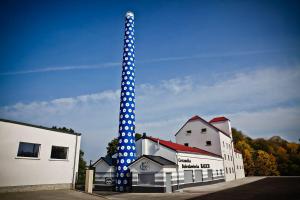 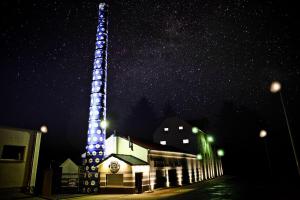 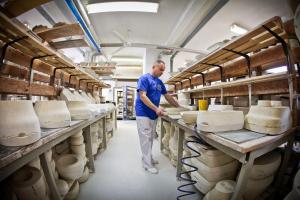 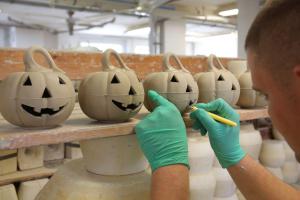 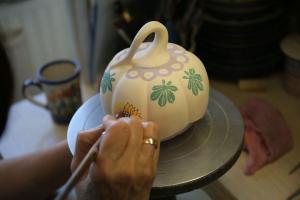 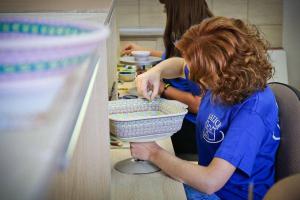 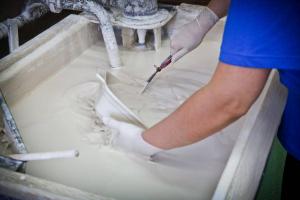 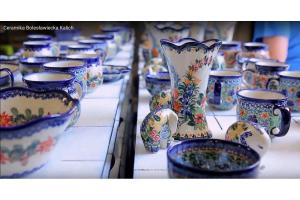 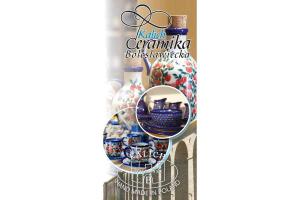 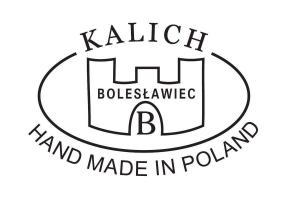 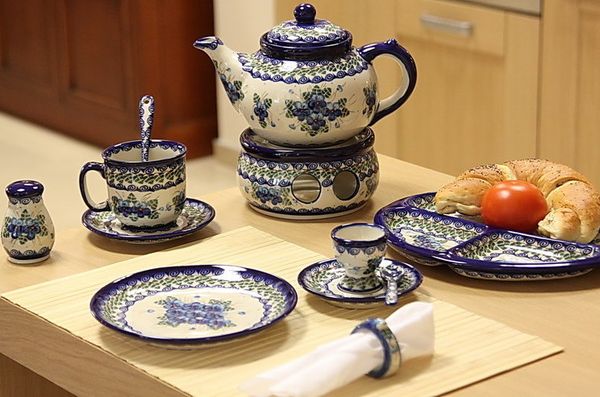 The history of ceramic plant at Hutnicza Street 6a

The company now called Ceramika Bolesławiecka Kalich located at Hutnicza 6 a in Bolesławiec was known in the interwar years as Deutsche Keramik Carl Schumann jr. based in Bunzlau at Amalienstraße 7.

Carl Schumann jr. was the son of Carl Schumann, the owner of one of the most recognized porcelain factories in Germany located in Arzberg, Bavaria. In 1919, Carl jr. started education in the professional ceramics school in Bolesławiec, widely recognized in Europe at that time.

It was in Bolesławiec where he met his future wife, the descendant of the Gansel family of engineers and architects, one of the most prominent and wealthy families in town. Schumann's wife was the daughter of Peter Gansel the Younger. Her grandfather, Engelhard Gansel, was behind the local railway viaduct that spanned almost half a kilometre and the church tower at Plac Zamkowy, among other things.

Even before graduating in 1920, Carl jr. registered a new company in Bunzlau: Deutsche Keramik Carl Schumann jr. The company store at Markt 19 (Market Square 19) sold Bolesławiec pottery: kitchenware, precious stoneware, and ceramic art. There was also a factory with a paint shop and production and storage rooms at Amalienstraße 7. In the 1920s, there was a local factory co-owned by Charlotte Gansel, Carl jr.'s sister-in-law.

After the Second World War (starting from the 1950s), one of the branches of the Bolesławiec Pottery and Ceramics Workshop of the Local Industry in Bolesławiec operated within the former factory of Carl Schumann jr. and Charlotte Gansel.

In the 1980s and 1990s, the workshop building at ul. Hutnicza 6a was sold to a private owner who turned it into a sewing factory.

On November 8, 2011, we purchased the property that used to be the ceramics factory, intending to transfer production from a small backyard manufactory located in Czerna. That was where our adventure with ceramics began, in that small village on February 15, 2001. For six years, we have been selling Bolesławiec ceramics from many manufacturers. The high demand for the offered products made us start the production of Bolesławiec ceramics in the fall of 2007, all in a small 150-metre building, with the help of eight employees.

However, the building turned out to be too small for the rapidly growing production, and the demand grew along with the influx of new clients from all over the world – Europe, America, Korea, Japan, China. On November 8, 2011, we bought a new building with a 20-metre long brick kiln chimney. After months of renovations, the production was moved to a factory about ten times larger in autumn of 2012. The chimney, remodelled and painted in a classic Bolesławiec design of cobalt blue dots and circles, adorns the workplace, generates publicity for the company, and serves as a piece of history for our town.

In the last few years, we have increased the size of the facility and currently hire 30 employees. We sell over 700 ornaments with various patterns and over 600 different forms/shapes. In 2021, we will commemorate the 20th anniversary of our company and the 100th anniversary of our beautiful factory. For 100 years, its walls have been absorbing the scent of fired ceramics that serve people in homes all over the world.